The second half of the autumn term has been a busy one.

Our Talk for Writing focus was the Julia Donaldson book ‘Room on the Broom’. The children enjoyed role playing the story. 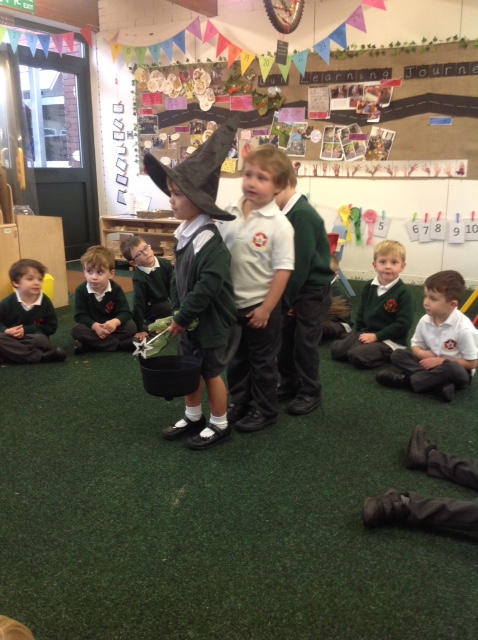 They innovated the original story by using a computer tool called ‘Switchzoo’ and created their own beasts. They then incorporated their beasts into a retelling of the story, both orally and in writing. 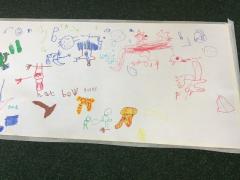 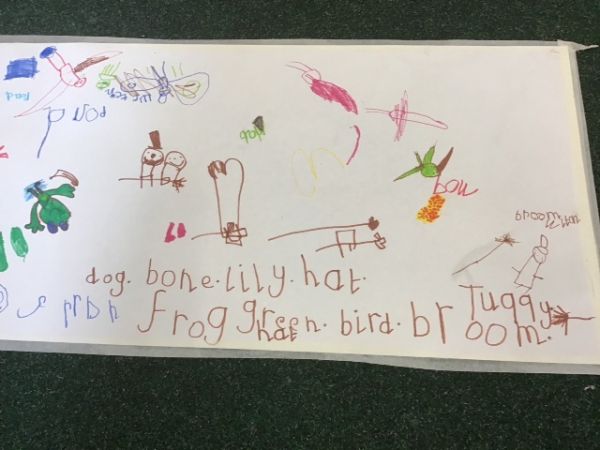 The theme naturally led to working with clay.  The children were able to extend their interests by learning how to use a potter's wheel. 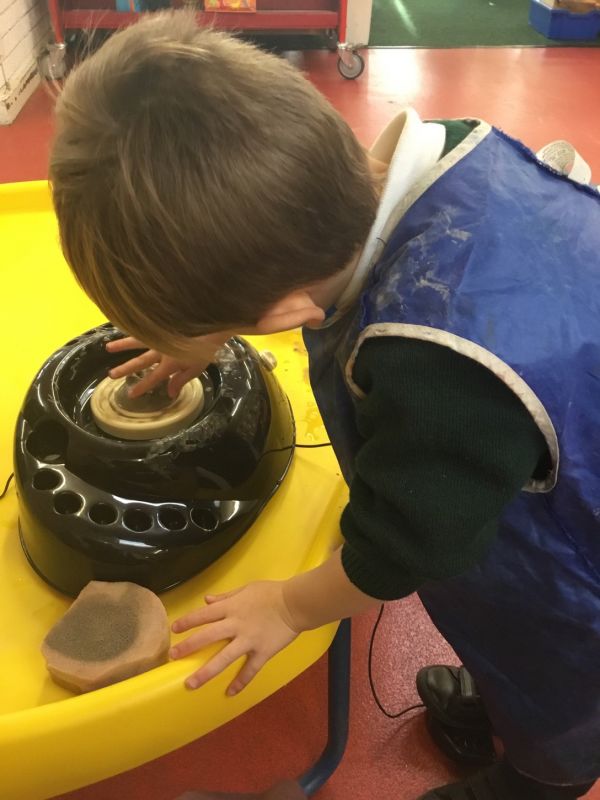 Next term we will be basing our work on the text ‘How to Catch a Star’ by Oliver Jeffers, through this we are hoping to spark lots of interest in Space, but as always in Reception, we will be guided by the children’s interests.

In maths the children have been consolidating their understanding of number to 5. We have also completed work on measures including weighing and time. Most children can now tell the hour on an analogue clock. 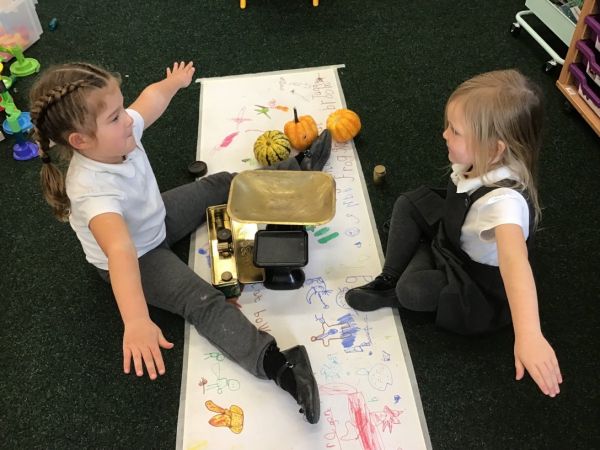 Much of our time was taken rehearsing for our Christmas play ‘Whoop- a-daisy Angel’. The children did an outstanding job performing to the members of the Thursday café at the Wesleyan Chapel. It was a big ask to perform in front of people they didn’t know and in a place that was unfamiliar to them and they were a credit to the school. They then repeated the performance to the whole school and finally to their proud parents. All the children remembered their actions, songs and lines and thoroughly enjoyed the experience. 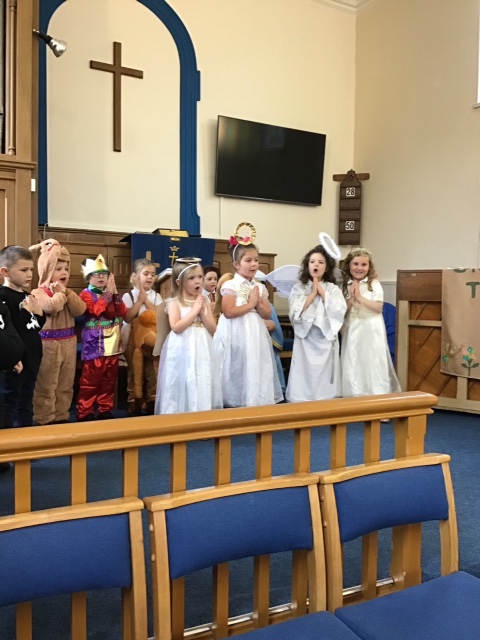 What an amazing start to Reception Owls have made!
The children have learned to story map and innovate a familiar tale, this time it was that old classic ‘The Gingerbread Man’. This culminated in CCTV footage of our very own ‘gingies’ making a run for it. We found them abseiling towards the school skylights! 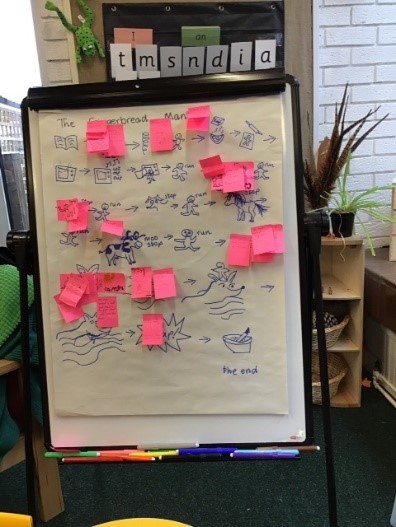 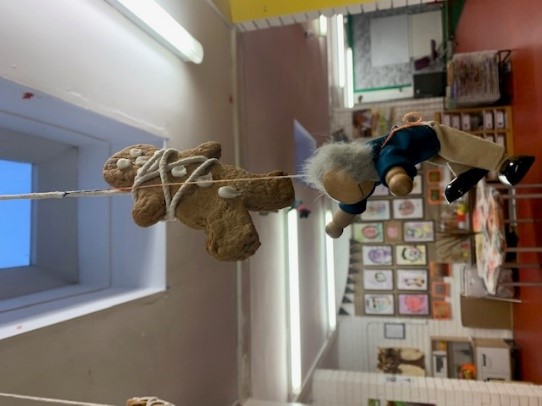 We were hugely lucky to go on an adventure to a real café. While we were there we were visited by a very hungry tiger. Fortunately she left enough biscuits and juice for us to share. 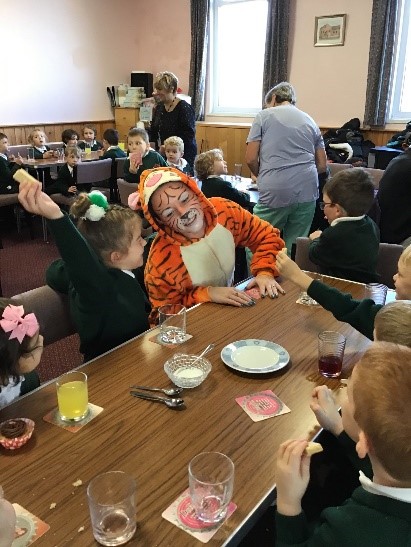 In maths Owls have been steadily learning about all the properties of number to 5. We ran a grocery shop and took it in turns to be a shopkeeper, we had to add up the value of our items and sometimes we had to make change.