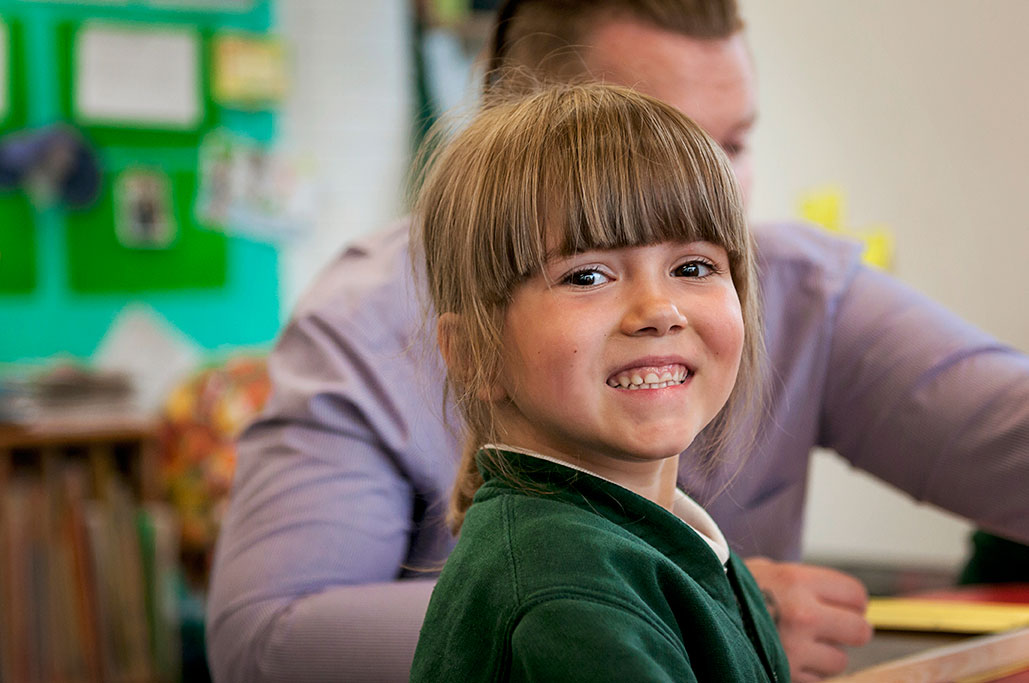 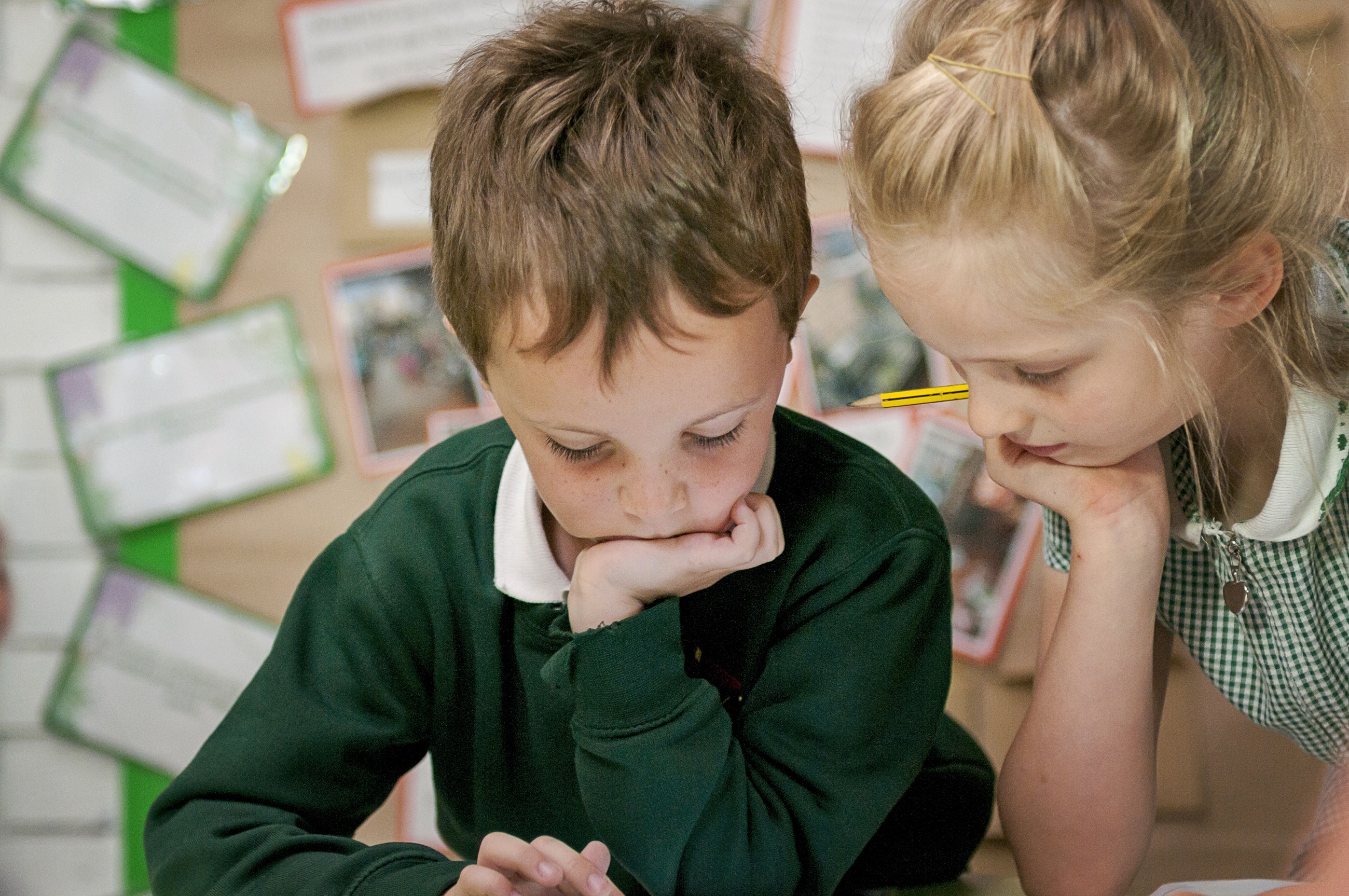 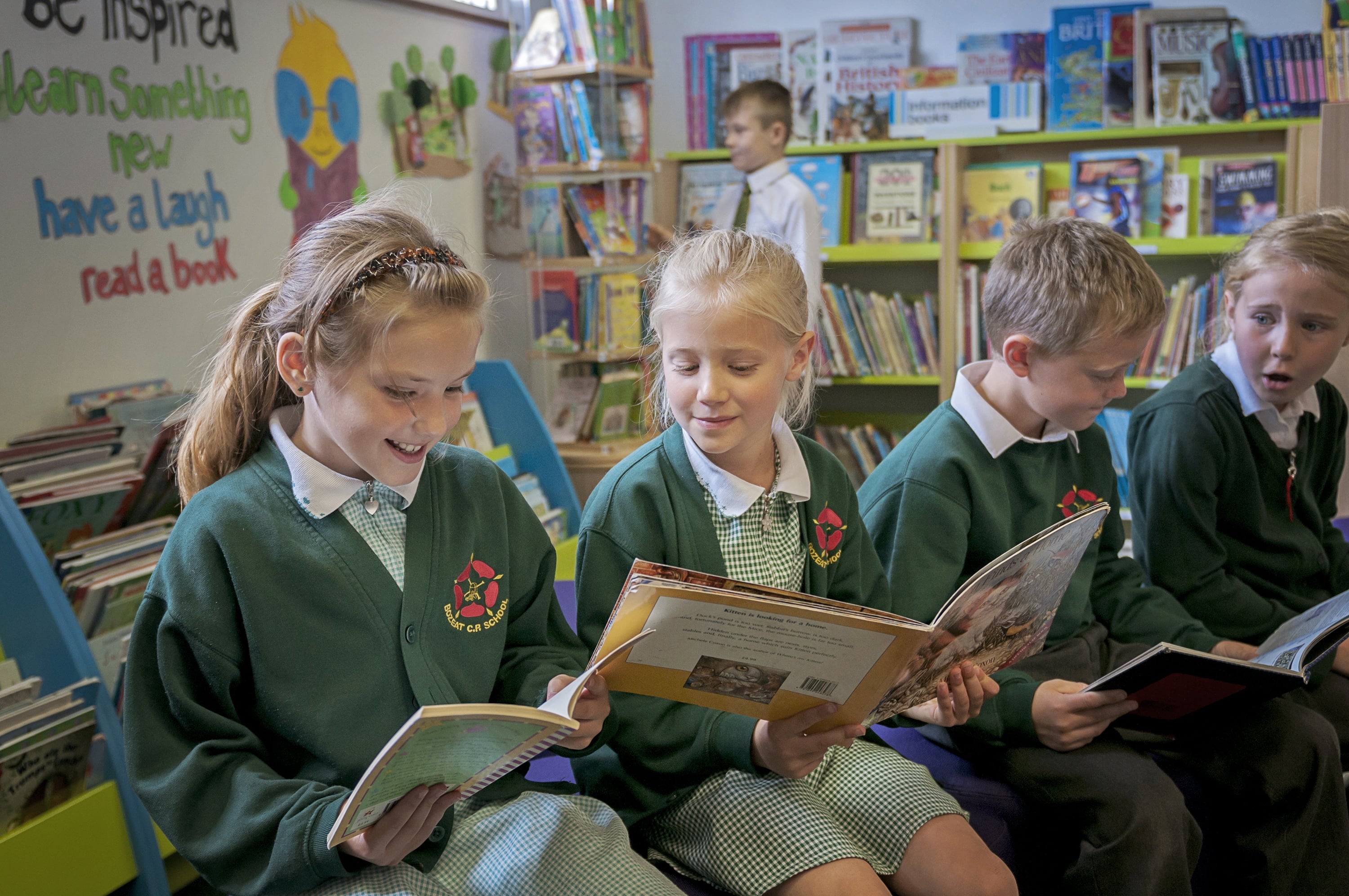 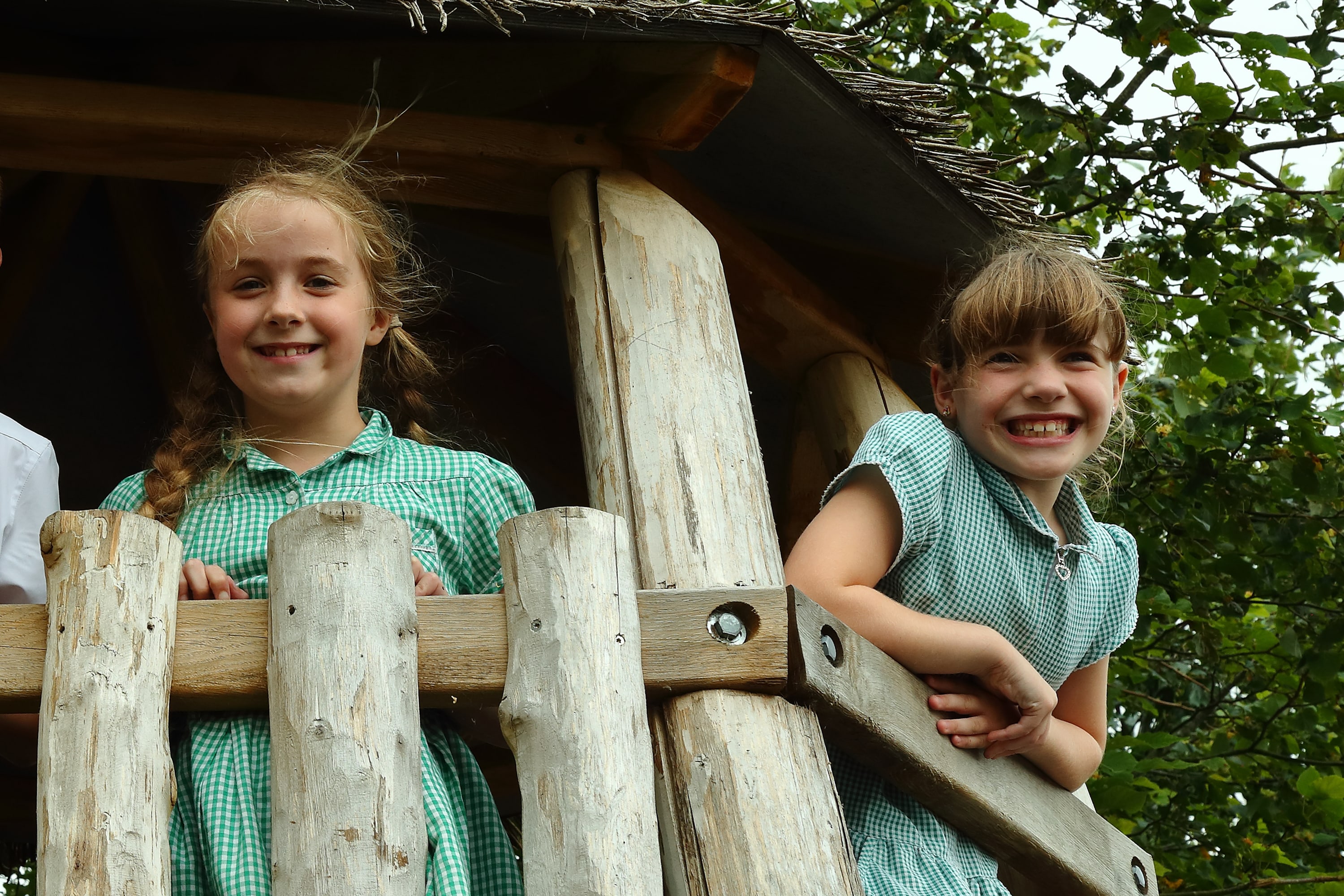 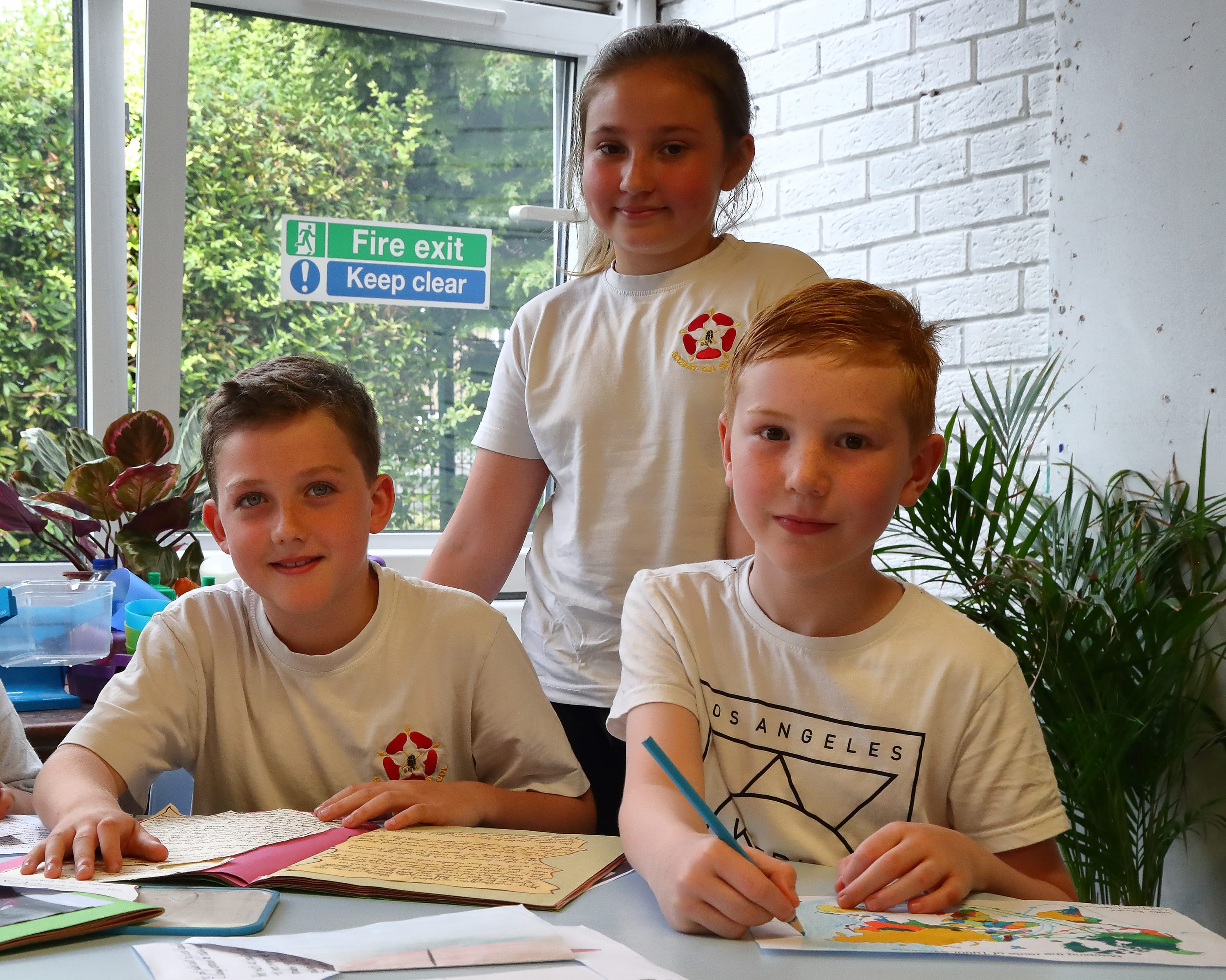 The Rabbits have come bouncing out of the blocks this term making a fantastic start to the academic year! A trip to Warwick Castle kick-started our Turrets and Tiaras topic. We had an amazing time learning about how a trebuchet works, watching a fantastic falconry show before exploring the medieval castle and its grounds. The children loved spotting all of the features of the castle and looking at all of the medieval artefacts.

Following our trip we delved deeper into our topic.

In History we have been learning about the different types of castles from the motte and bailey to the concentric castle. We have followed the Normans on their journey from Normandy to England, which resulted in the Battle of Hastings. The children loved using drama to learn the sequence of events that led to King Harold being shot in the eye with an arrow (allegedly) and William becoming King William I of England. We analysed pictures of sections of the Bayeux tapestry to help us understand the events that took place.

In Geography we have been learning about the four countries that make up the United Kingdom and looking at pictures of different castles which can be found in each. We learnt about map keys and how we can use them to identify different features on a map. The children studied large maps of areas in England and found out what different symbols meant. The children were then able to identify symbols on maps of Bozeat and Warwick.

After identifying castles on maps across England, the children investigated the locations of the castles and realised that the castles were always located near a river or a sea. The Rabbits were then able to decide which other natural features and materials they may need to be near if they were to build their own castle in medieval times. Combining their knowledge of maps and properties of materials (see science below) they were able to create their own maps with keys and explain why they chose to build their castles at that location.

Our Science lessons have been very hands on! We have been investigating different materials and their properties.

Our Art lessons have focused on using different mediums and techniques to create different effects. We joined with Foxes to learn about heraldry and had a go at making our own simple designs to make a two-coloured print with ink. It was very tricky working out which sections of the printing block to carve out in order to make areas a certain colour, but the Rabbits succeeded! We learnt how to use the ink correctly, make sure the prints were placed exactly on top of each other to build the colours up and how to apply pressure with rollers to make sure the prints came out properly.

We have also been studying the artist Paul Klee and his work ‘Castle and Sun’. The children used 2d shapes to create their own towers inspired by the painting. They are learning to use watercolours, oil pastels and chalks correctly in order to produce their wonderful work. The Rabbits are using the colour wheel to help them understand which colours are warm colours and which are cold colours and are using these in their art. 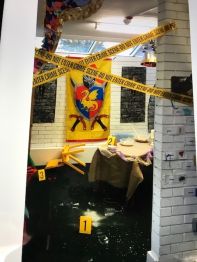 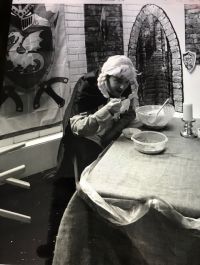 As if this was not enough drama and creativity! This term the Rabbits’ role play area was broken into by an unwanted visitor who ate all of the castle’s porridge! The Rabbits have had to brush up on their detective skills, collect the evidence left at the crime scene and check the CCTV footage! Together we have created a story map of instructions in order to capture the porridge thief. Over the coming weeks the Rabbits will be writing their own instructions to capture all kinds mythical creatures and villains.

Finally, the Rabbits have been mastering maths! We have been working on understanding different mathematical concepts within place value and addition, such as counting, number bonds within and up to ten and comparing numbers. Rabbits have been learning all about the different terminology that can be used for addition and for equals in written and oral questions. We have been exploring different ways to solve maths problems including the part-whole model, bar models and by creating number stories. Next half term we will be looking at subtraction and shapes.

As you can see, Rabbits have been extremely busy and have made brilliant start in year 1. The next half term is set to be just as exciting with medieval weapon designing and making, more super science experiments and opportunities to apply for a job in a castle to understand exactly how hard it was to live in medieval times!